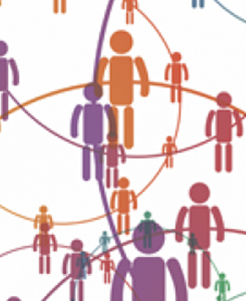 One of my interests is communicating science to the general public and increasing the participation of traditionally under-represented groups in research, especially on the K-12 level.

In March 2021, I took part in my fifth trip to the Capitol Hill (this year was again virtual) to discuss the importance of particle physics research and investment in science with members of Congress and their staff. It was as usual a fantastic opportunity to communicate science to the legislators and establish some long lasting connections in DC. 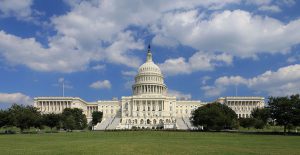 In March 2020, I took part in my fourth trip to the Capitol Hill (this year it was virtual) to discuss the importance of particle physics research and investment in science with members of Congress and their staff. I enjoy making the most of the opportunity to discuss these topics with our lawmakers.

In Dec. 2019, we again took part in the Computer Science For Rhode Island (CS4RI) Summit for High School Students, where students had a chance to learn from interactive demos teaching them basics of machine learning in the context of open scientific data. 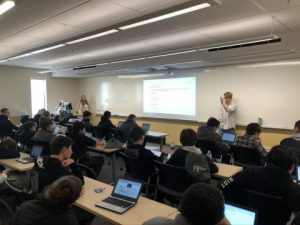 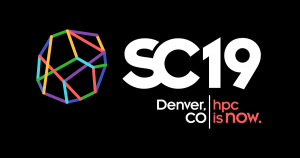 In October 2019, I organized a machine learning hackathon in University of Alabama that attracted undergraduate and graduate students from physics, engineering, computer science and math.

In July 2019, I organized a machine learning hackathon as part of the 2019 INFN School of Statistics in Paestum, Italy. There were ~100 participants that took part in the hackathon. 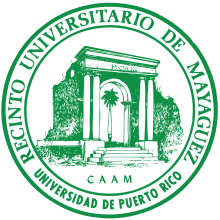 In March 2019, I again took part in the annual high-energy physics trip to Capitol Hill to talk about the importance of particle physics research and investment in science.

In February 2018, to highlight our recent CMS observation of Higgs boson decays to bottom quark pairs,  I assisted Tim Blais from acapellascience, in recording a music video (parody) to a song by Drake called “Started from a Bottom”. The song discusses the observation of the Higgs boson decays in this channel and is filmed in front of the CMS detector in Cessy, France.

In December 2018, I prepared a special demonstration with Jupyter Notebooks for the Computer Science for Rhode Island (CS4RI) Summit for ~2000 middle and high school students interested in computer science. The demonstrations focused on teaching basics of data science through examples in physics and planetary science: 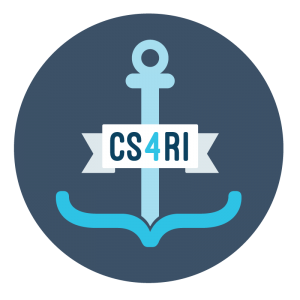 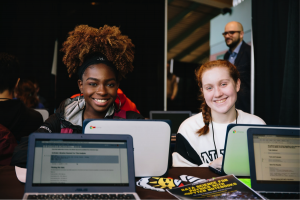 In November 2018, I co-organized the LHC Machine Learning Hackathon in Brown University that attracted students of different backgrounds interested in machine learning applications in science. We will conduct a similar data-thon in Puerto Rico this spring. 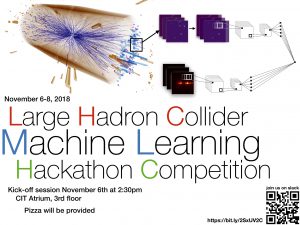 In November 2018, I co-wrote a Fermilab News article about the International Workshop on Machine Learning for Jet Physics (ML4Jets) that attracted many theoretical and experimental physicists interested in machine learning in particle physics:

In July 2018, I co-wrote a popular article for the CERN Courier on “Deep Learning in Particle Physics” 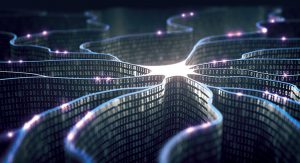 In fall of 2018, I co-organized with several others a special day-long event at CERN with a focus on training physicists on different ways to engage the general public: 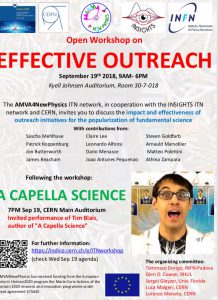 In June 2018, I was fortunate to be a part of the 2018 edition of the SCIFOO Camp organized by Google, O’Reilly Media, Nature and Digital Science. There were fantastic discussions and ideas spawned by this unique meeting of the minds.

In May 2018, I met with the bi-partisan Congressional House Subcommittee on Science, Space and Technology during a special Congressional Delegation to Fermilab (R. Weber, F. Lucas, B. Foster, A. Briggs and N. Dunn). We had many fantastic discussions that included the role of machine learning for cutting edge science. Below, I am chatting with Dr. Neal Dunn (FL-2). Here is a fun photo of Dr. Dunn helping us with the magnets. 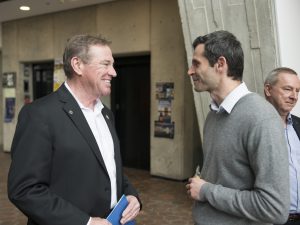 In March 2018, I was fortunate to again be part of an annual trip to Washington DC to meet with members of Congress and their staff. This was a fantastic opportunity to spread the message of relevance of particle physics to our society. As a follow-up, I helped host the visit of the House Subcommittee on Science Space and Technology at Fermilab in May 2018.

The photo above was during a productive meeting with Congressman Dr. Neal Dunn from Florida’s 2nd District, one of the new supporters of high-energy physics on the Hill.

In November 2017, I was invited to be on the CMS Voices @CMSVoices on Twitter

In 2017, I had a chance to speak at AppBuildersSwitzerland a conference of mobile technologies. Following this talk, a number of participants have attended particle physics community workshops on machine learning and have provided useful feedback to our community vision and planning in the area of software development.

In 2016, I founded Project CODER focused on bringing modern programming and data analysis to K-12 teachers and their classrooms. Project CODER utilizes modern Jupyter technology to create useful and sharable scientific content across many domains.

As part of the pilot-phase of this project, I organized several high-school teacher workshops in Florida. These workshops had high attendance from the local school districts, with much higher percentages of women and teachers from Title 1 schools (those that have a large number of low-income students) than on average in STEM. The program is adopted by one the school districts in the Orlando area, with plans for further expansion in the next year.

As part of project CODER, I also helped organize and lead the Open Data working group of CERN’s High School Teacher Program. I also frequently participate in other activities, in particular of the International Particle Physics Outreach Group (IPPOG).

I also take every opportunity to work with and speak to high-school students, for example in Belmont Hill High School.

If you are a K-12 teacher and are interested in having your students participate in Project CODER or if you would like to hear more about particle physics and how to get involved, please get in touch.

In 2016 I was one of the lightning round talk winners of the US LHC Users Association and had the privilege to attend the 2017 High-energy Physics Visit to Capitol Hill. The purpose of the visit was to convey the importance of particle physics and continued investment in science.  During the trip I have met with 3 senators, 6 congressmen and various members of their legislative staff.